Insurance Puts Farmers Back in the Field After Tractor Fires 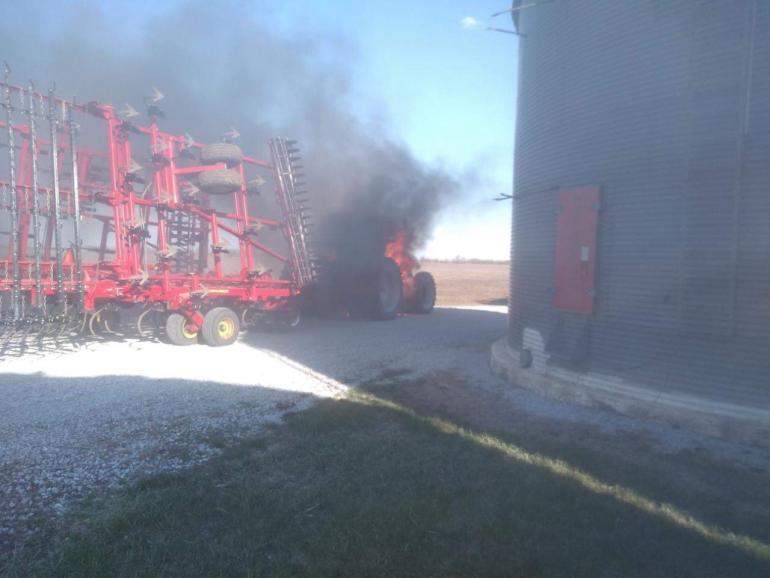 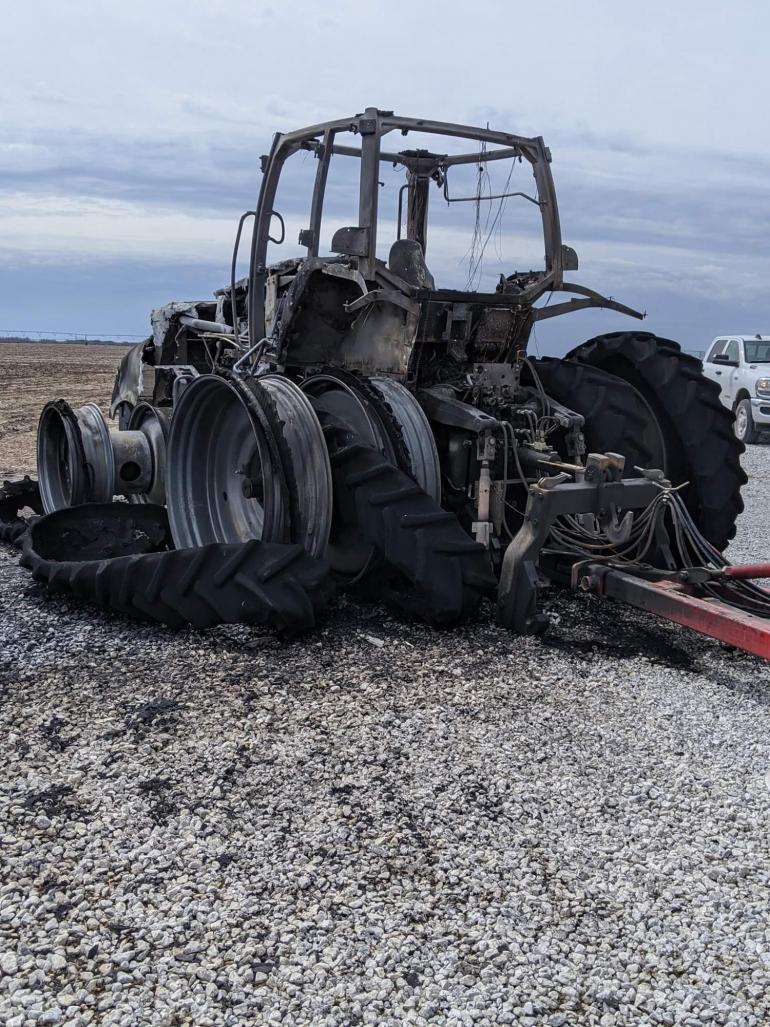 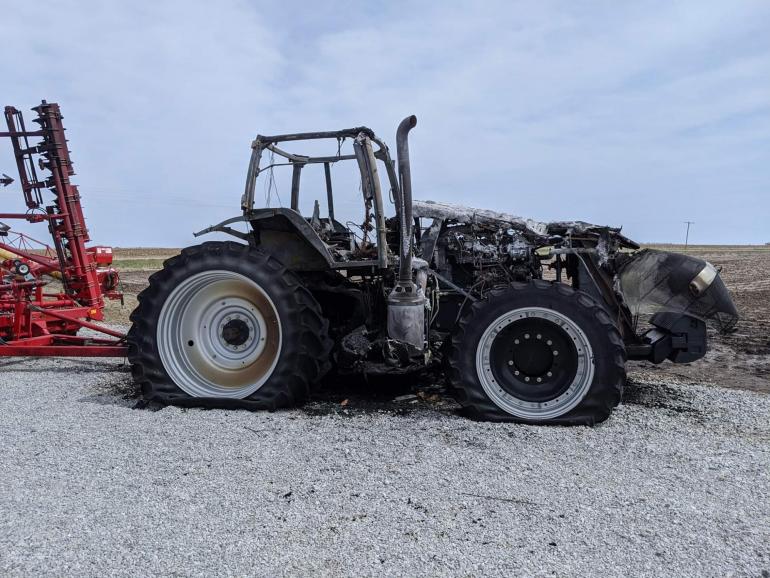 When it comes to farm equipment and fires, combines and harvest usually get the spotlight. But for two Fortify Group customers, a tractor fire occurred out of the blue in the spring, just as they began to plant.

Both lost their tractors; one lost even more in equipment and planting inputs. When you’re staring at the flames, they said, it’s too late to wonder if your insurance policy will cover all the costs that follow.

Brian and Nicole Nedrow fire (below)

Nicole Nedrow field cultivated most of the day on April 21. The calm, spring day was warm and sunny, and it felt good to be in the field. She pulled the tractor into their farmyard near Geneva mid-afternoon and then onto a bin site a few miles away.

When she got out of the cab, she heard a sound like water hitting the ground.

She wasn’t too concerned at first. No beeps or alarms had gone off in the Case IH 340 tractor and nothing was leaking when she stopped at home.

But now, she could see a light red liquid spilling from the area between the cab and the motor. She called her husband, Brian. “You might want to come take a look,” she told him.

Nicole carried sweatshirts and other items from the cab to her pickup across the road. Walking back, she heard the whoosh of fire igniting. “Now it’s on fire,” she updated Brian on the second phone call. He called the fire department while Nicole moved the tractor away from the bins and off the grass. Wherever she tried to park, more diesel fuel spilled, igniting new fires. As she left to get fire extinguishers at a nearby farm, she thought to herself, “By the time I get back, it will be engulfed.”

She was right. She and Brian watched as parts melted and flames shot 20-30 feet high. The odd smell of burning rubber, dirt, plastic, and metal filled their nostrils - a smell you don’t forget, they said. They had just decided to back up from the heat when something exploded. “There were four or five explosions all together, poofs and pops. It blew the windows out,” Brian said.

The Geneva Fire Department extinguished the flames, and the Nedrows took stock of the damage. Their 2013 tractor was charred. The field cultivator escaped the flames, save for its hydraulic hoses. They know it could have been worse and have replayed the ‘What-if?’ thoughts more than once. What if she’d been cultivating and unable to see the liquid spilling? What if their son, Cole, had been driving?

The couple had gone through the insurance claim process at other points in their time farming, so they knew the next step was to call their Fortify Group agent, Jim Donovan. “He pretty much took care of rest,” Brian said.

They were surprised at how smoothly the process unfolded. “I took a few calls from the (Farmers Mutual) adjuster, and he came out and that was it.”

Brian rented a tractor from Geneva Implement to get back in the field. “Then, I purchased the exact same tractor I had.”  In the end, he gained a tractor with fewer hours than his previous model. “I got a fair deal. The check came quickly - maybe within a week, so I can’t complain.”

The cause of the fire was not determined.

The Nedrows perform annual maintenance on their equipment and clean to keep ahead of the fine dust that can sometimes contribute to equipment fires. “But you can’t prevent everything that happens,” Brian said.

“Everyone has their forte in life. Insurance is not mine. I wanted to find someone I could trust...It was easy to trust Joe and Roxie and I was comfortable asking them questions.” Jen Griffith
Jen Griffith